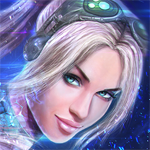 Reddits Kommentare zu dem Thema beschreiben die Sache ganz gut:
"This is such a large hurdle of horseshit.
At first it's the usual blabbering about how much they've invested for the betterment of the community, et cetera et cetera. Usual PR stuff to garner a good stance with the readers, nothing respectable said at all.

We believe most mods should be free. But we also believe our community wants to reward the very best creators, and that they deserve to be rewarded. We believe the best should be paid for their work and treated like the game developers they are. But again, we don’t think it’s right for us to decide who those creators are or what they create.

Modders aren't game devs, they literally don't fit the description. This is pandering.

Many have questioned the split of the revenue, and we agree this is where it gets debatable. We’re not suggesting it’s perfect, but we can tell you how it was arrived at.
First Valve gets 30%. This is standard across all digital distributions services and we think Valve deserves this. No debate for us there.
The remaining is split 25% to the modder and 45% to us. We ultimately decide this percentage, not Valve.
Is this the right split? There are valid arguments for it being more, less, or the same. It is the current industry standard, having been successful in both paid and free games. After much consultation and research with Valve, we decided it’s the best place to start.

Hahahahahaha, oh lord what is this even. According to Bethesda, modders should be paid like the "developers that they are", but they earn such an insignificant amount of money from the sale it's impossible to live off that. Why do they even think a paywall is going to increase sales is beyond me. They decided on such a percentage, why? The industry standard? If they were actually interested in seeing the community grow they wouldn't charge that much.
Bethesda, I have no respect for you guys. Can't believe how it must feel like for the ones that actually looked up to you.
This changes nothing, Bethesda are still going to pursue this stupid change until our hands are forced. As always. Bethesda were praised by many for their extensive support and, well, "sacrifice" was one word that people could actually use, for modding. We can't say that any more now that money is in the picture and they have a clear financial investment in the matter, taking damn near half of the profits the modders earn. Utterly ridiculous. Their games were plucked at, being unfinished and broken in many ways but it was forgiven because it could be fixed with mods, and they went out of their way so that modding was easy to do. Apparently they had an agenda behind this too.
Just, this fucking industry. Jesus."