We have some big changes for you! We’ve been hard at work on Part 2 of the Weapons Specialist. We wanted to tackle the mechanics of combat inside of ships. In order to do this we had to have a lot of systems in place: things like ship-to-ship teleportation, AI and pathing, a gun system and a way for individual players to die and respawn! We still have a lot of work to do on each of these systems, but it’s great to get down this framework to build upon. We are super excited to finally release it!

-Item System: Pressing the 1-4 number keys will allow you to switch between the three items and your hands! There is a new bottom right menu that displays your items and which one you currently have equipped.
-Phase Pistol: Simple pistol that shoots a blast of plasma. Accuracy is reduced when moving, the rest is pretty self-explanatory.
-Repair Tool: Equip this item and shoot it at ship systems to repair them!
-Fire Extinguisher: Equip this item and shoot it at fires to extinguish them!
-New Screen: Teleporter: A fairly simple screen, lists all of the operational teleporter pads discovered via the ship sensors. Simply click the “Select” button to teleport.
-New Enemy Ship: The W.D Transport Ship is commonly found moving humanoid drones and other pieces of technology through the galaxy. During combat situations, the Automated Transport ship can send units to board invading ships! Players can teleport aboard this vessel, be warned there is no oxygen!
-Added Health system.
-Added new character animations and sound effects.
-Added Death and Atrium Mechanics: Only one crew member can be re-materialized at a time, when many people die and queue is formed. Players can be killed by enemy fire, or by suffocation. Standing near or in the Atrium while injured can heal you slowly.
-Added new image effects for player feedback:
Red: Damage from an enemy
Desaturated: Suffocation
Green: Being healed by the Atrium
-New character controller and “gravity” system
-New ship rendering system trick: This is a big one for us, lighting and interior shadows should be much crisper, Interior “Shaking effect” that occurs when traveling long distances should no longer occur, and performance increases across the board!
-Added decal system for the Phase Pistol (still very early)
-Added mechanic to damage ship systems internally. Humanoid drones might try to damage the systems while aboard your ship.
-Added Humanoid Drone: A mechanical figure designed for labor and combat.
-Added AI and pathing: This is our first step into interior AI, it’s still a basic framework and will be improved throughout the entire development process of Pulsar.

-Modified character speed
-Adjusted the drag on the ships, they should move around generally faster now
-Various art tweaks and adjustments to both the Intrepid and Cruiser interiors
-Adjusted some sound effects for the interiors
-Modified how character names appear, also added characters’ health information
-Improved character networking
-Players can now see others look up and down

-Mac fullscreen should now work properly
-Linux shading errors should not occur anymore
-Players SHOULD no longer fall through the ship :)
-As mentioned above, flickering lighting and shadows as well as shaking meshes should no longer happen.
-Camera no longer stutters when rotating ship


Thanks for your time! 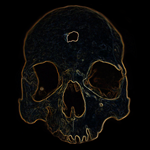